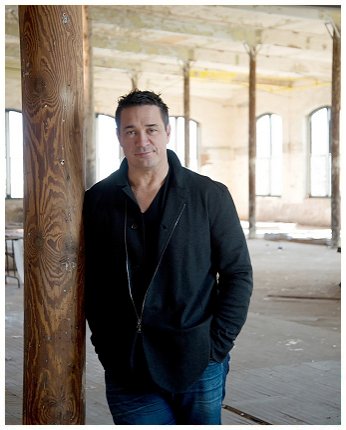 Steve Palmer, a James Beard Foundation Outstanding Restaurateur Award nominee and semifinalist for three consecutive years (’18,’19, & ’20) is the managing partner of the hospitality and consulting company, The Indigo Road Hospitality Group. The company was founded in 2009 in Charleston, SC, when Palmer began working with the celebrated restaurant Oak Steakhouse on historic Broad Street.

Palmer attributes the company’s rapid growth and success to his loyal and dedicated team. He maintains the philosophy that great service starts with well cared for employees. By promoting from within and continuing to create new opportunities for his staff, Palmer has developed a strong company culture that is reflected within the walls of each of his concepts, resulting in an unwavering level of hospitality experienced by guests and patrons.

Prior to forming The Indigo Road, Palmer served as vice president of food and beverage for the Ginn Clubs and Resorts. In this role, he managed eleven properties in the Southeast and the Caribbean, while still developing other hospitality concepts for the company. He eventually served as the lead developer for Ginn Resorts, and developed over $100 million in hotel and club space.

Palmer’s passion for and commitment to the hospitality industry has been palpable since the age of 13 when he worked as a dishwasher. Later promoted to a line cook at the legendary Houston’s in Atlanta, Palmer’s unassuming beginnings in the hospitality arena granted him a comprehensive understanding of the restaurant industry that later led to the success of establishments throughout South Carolina and Florida.

Following his experiences as a member of the opening team at Magnolias, one of Charleston, South Carolina’s most celebrated restaurants, Palmer was charged with the task of opening Magnolias’ sister restaurant, Blossom. At Blossom, he co-developed and trained the staff on The Fourteen Elements of The Guest Experience which helped establish a lifelong commitment to service. In 1995 Palmer was recruited as wine director and service manager of Canoe in Atlanta which received a James Beard nomination for Best New Restaurant in 1996 and was also named one of the Top Five Anticipated Restaurant openings in 1995 by USA Today. Palmer returned to Charleston to become a founding partner for Eidolon, a consulting company specializing in luxury restaurants whose client list includes Planters Inn, Peninsula Grill and Hanks Seafood (the latter two are both past recipients of the Best Restaurant awards in Esquire), and 2nd Empire in Raleigh, N.C.

Palmer took another hiatus from Charleston to work with The Ritz Carlton St. Louis where he co-created the largest private dining wine cellar in the Ritz-Carlton Hotel chain, earning praise from both Wine Spectator and Santé magazine. Palmer then returned to Charleston to become managing partner at the esteemed Peninsula Grill. Under Palmer’s management, Peninsula Grill garnered a Relais & Châteaux designation and recognition as one of the country’s best restaurants in Esquire, USA Today and Wine Spectator.

In January 2017, The Post & Courier recognized Palmer not only for his growing leadership role within the hospitality industry, but also for his charitable and community efforts. Palmer is a longtime supporter of Share Our Strength’s No Kid Hungry and Charleston’s Feed the Need coalition. In 2016, Palmer founded Ben’s Friends, the food and beverage industry support group offering hope, fellowship, and a path forward to professionals who struggle with substance abuse and addiction. He has been recognized by The New York Times, NPR, Southern Living, Atlanta Magazine and Charleston Magazine for his work, and has presented at TedX Charleston and the Charleston Wine + Food Festival.