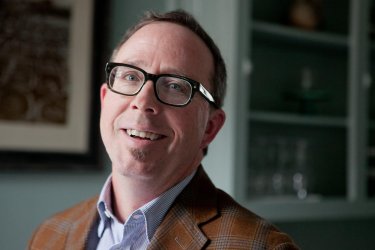 At the University of Mississippi in Oxford, John T Edge directs the Mississippi Lab and serves the Southern Foodways Alliance as founding director. A distinguished visiting professor in the Grady College of Journalism and Mass Communication at the University of Georgia, he teaches in their low-residency MFA program in narrative nonfiction.

Edge hosts the television show TrueSouth, which airs on the SEC Network and ESPN. A longtime columnist for Garden & Gun, Edge wrote the “United Tastes” column for the New York Times for three years and served the Oxford American as a columnist for twenty-two years.

Twice winner of the MFK Fisher Distinguished Writing Award from the James Beard Foundation, he is author of The Potlikker Papers: A Food History of the Modern South, named a best book of 2017 by NPR, Publisher‘s Weekly, and a host of others. Now in paperback, Nashville selected the book as a citywide read for 2018.

Edge holds an MA in Southern Studies from the University of Mississippi and an MFA in Creative Nonfiction from Goucher College. Elected to the Georgia Writer’s Hall of Fame in 2019, Edge received an honorary doctorate from Centenary College of Louisiana that same year. Edge lives in Oxford with his wife Blair Hobbs, a painter, poet, and teacher.

Acclaim for Edge:
“Is “The Potlikker Papers” a history of the South by way of food stories, or a story about Southern food by way of our history? By the time you come to the end of this rigorous volume, you’ll know that the two are indivisible. Edge has long shaped the conversation about food not only in this region but across the country through his pulpit as director of the Southern Foodways Alliance. The Potlikker Papers is his defining contribution to that
conversation.” — Wyatt Williams, Atlanta Journal-Constitution